Female body types are the shapes of women, as categorized according to a system.

There are many ways of classifying female body types. Under the four-shape system, apple- or V-shaped (triangle downward) women have broader shoulders compared to their narrower hips. Banana- or straight- or I-shaped (rectangular) women have a waist measurement that is less than 9 inches smaller than the hips or bust measurement. Bananas are your archetypical athletic girls: Tall, slender and built like sex pistons. Bananas are overrepresented among porn starlets, probably because they have the optimal balance of higher testosterone-induced horniness and thin body shapes that arouse male viewers. Pear-, spoon-, bell- or A-shaped (triangle upward) women have a hip measurement is greater than the bust measurement.Hourglass or X-shape (triangles opposing, facing in) women have hips and bust that are almost of equal size with a narrow waist. The Hourglass figure is considered most conventionally attractive and when pursued is solicited the most frequently by men with offers of long-term commitment. CH also adds a fifth shape, "rotund," to this list.[1]

A study of the shapes of over 6,000 women, carried out by researchers at the North Carolina State University circa 2005, found that 46% were banana (rectangular), just over 20% pear, just under 14% apple, and 8% hourglass. Another study has found "that the average woman's waistline had expanded by six inches since the 1950s" and that today's women are taller and have bigger busts and hips than those of the 1950s.

To be emaciated is to be anorexic or underweight or appearing to be so.[3]

A thin woman is one who is not significantly overweight.[4]

A woman with an hourglass shape will have, in addition to a large bust, "a small waist and wider hips (curves), making her body look kind of like an hourglass."[5] The archetypical measurement of shape for women with an hourglass figure is bust-waist-hips 36 24 36 (size in inches).

The athletic body type is characterized by a lean, sinewy, muscular physique (not scrawny, but not muscle-bound like a bodybuilder’s or obese). Despite the name, many non-athletes have athletically shaped bodies due simply to a healthy lifestyle.[6] An athletic subtype is thick athletic. An athletic female may have broad shoulders and narrow hips.[6] “Athletic” is sometimes, but not always, a euphemism for small-breasted.

Voluptuous is a rather vague and subjective term, referring to the quality of being attractively curvy. It means having a large bosom or appealing curves; in other words, being "fat in all the right places." "Voluptuous" can also be "a finite state between other body types." "Voluptuous" is sometimes, but not always, used as a euphemism for "fat." However, voluptuous does not necessarily mean plus size; a woman can be petite and have a voluptuous figure.[7] 38-26-40 could be voluptuous measurements. An example of a voluptuous woman would be Marilyn Monroe. The voluptuous subtypes include voluptuous chubby, voluptuous thick, and voluptuous plump.

Average is, simply, average. Whether this refers to the mean, the median, or the mode is unclear.

A pudgy body type is slightly large. The belly may stick out. Pudgy is a term meaning "sexy fat"; fat that is attractive; just the right amount of fat. It is "3 degrees less than fatty." In many cases, the pudgy are also short.[8]

Chubby is close to being fat. A chubby woman has rolls coming out of her sides. She has flesh that can be pinched off the body. Often she has a round face. The term often is associated with a cute kind of fat.[9] Chubby subtypes include voluptuous chubby and thick chubby.

Plump is overweight but not obese; buxom. A plump woman falls within the category of being fat. A large amount of her body may jiggle when she walks.[10] "Plumper" refers to a fat yet very alluring woman who typically is big in the hips and legs, and usually large-breasted[11] The plump subtypes include plump with assets and voluptuous plump. 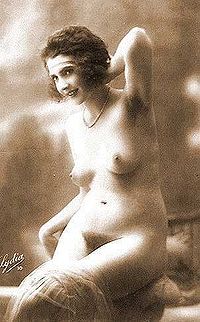 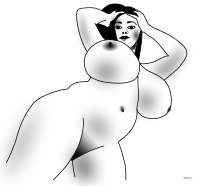 This page borrows from Kings Wiki. Borrowed material has been altered. Text is licensed under Creative Commons Attribution-ShareAlike 3.0 Unported (CC BY-SA 3.0). Unchanged text is credited to the authors of the Kings Wiki page here.
Retrieved from "https://incelwiki.com/index.php?title=Female_Body_Types&oldid=63792"
Categories:
Hidden category: