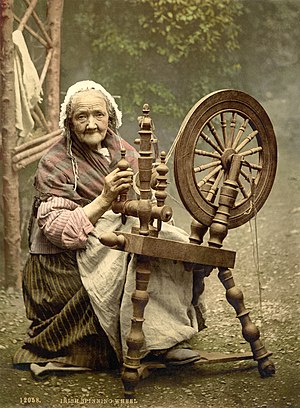 A woman using a spinning wheel, from which the term "spinster" derives.

In the 21st century, “spinster” is essentially a term for a confirmed femcel. Some women who are exceedingly cautious about getting into a sexual relationship, or tired of failed relationships with bad boys and unable to find a man who is marriage material, and yet not single moms either, may become femcels.

The word derives from the fact that spinning wool was a popular activity among single women. Another historical term for femcels was "old maid".